Security, convenience, and reduced costs for your telephony operations

Analog Telephony Adapters (ATAs) allow you to associate a regular analog telephone to an IP carrier or include it as an extension in an IP PBX so you can use it to make VoIP calls.

Some of the benefits of using ATAs are drastic cost reductions in phone bills and easier migration of the required infrastructure when moving from a conventional telephone system to an IP platform.

Given the exponential advancement of voice and data networking technologies and the expansion of IP PBX systems to the cloud, Khomp now offers two indispensable devices for scenarios where VoIP calls are needed and the existing infrastructure is based on conventional telephony, i.e., analog phones. They are also perfect for small remote offices or even home offices where only a few extensions are needed.

Such offerings are the KAPs, which come in two different models: KAP 302 and KAP 208. They include 2 and 8 FXS ports (extensions) respectively, allowing you to have 2 or 8 simultaneous VoIP calls. Each KAP FXS port can be individually associated to any IP carrier or to a local or cloud-based IP PBX system, functioning as an extension to a professional telephony system.

In addition to all the features and benefits provided by an IP telephony system, Khomp’s KAP line of ATAs was developed with special attention to voice call security and both models support all of the most commonly used protocols on the market.

Among such protocols there is Transport Layer Security (TLS). It is used to prevent hackers from listening, modifying messages, and sending false VoIP messages. It is also widely used to prevent DoS and SIP Bombing attacks.

The Secure Real-Time Protocol (SRTP) provides confidentiality and protection against fraudulent retransmissions of RTP and RTCP packets, preventing RTP listening and CODEC manipulation. Before any stream of media can be sent, communicating parties need to negotiate on cryptographic keys.

There is also VPN (Virtual Private Network), which allows the use of a public network, such as the Internet, to connect private networks with a high degree of data privacy through encryption. This way, phone calls using VoIP and VPN can be safely handled, even while travelling over the Internet, because they use a sort of exclusive channel.

The ideal solution to increase the resiliency of the communication system is to use a combination of all methods. After all, one can never be too safe.

Just like all Khomp products, the KAPs also include interfaces for configuring and monitoring, web-based diagnostic tools with simplified operations, and SNMP integration, which allow the device to be serviced remotely or even over the Internet, when needed.

All Khomp ATA models are registered with the Set’n’go – Platform that does mass configuration from a distance, using the TR-069 bidirectional protocol to configure or provide zero-touch between the platform and the distributed equipment. 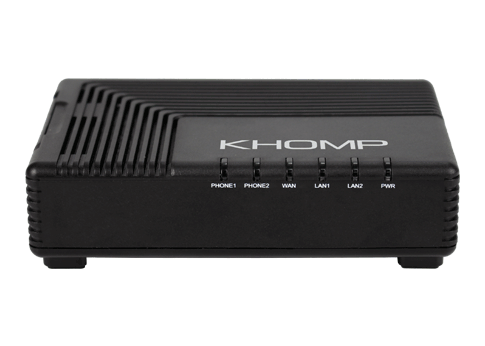 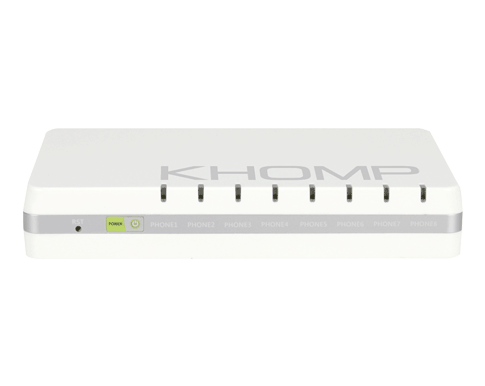